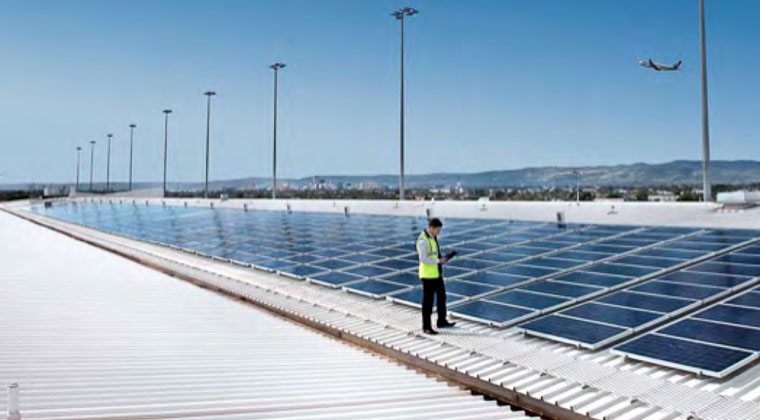 Landlords now have a good reason to install solar power in the 2.4 million rented homes across the country.

An Australian start-up has developed technology that encourages property owners to install roof solar panels and then sell the energy on to the tenants.

Currently about one in every 100 rental properties has solar panels installed compared to one in five owner-occupied homes.

A reason for this is the ‘split-incentive’ barrier, where a landlord pays for the solar panels, but the costs aren’t passed on to the tenant, who nevertheless reaps the benefits, Darren Gladman, solar policy manager for the Clean Energy Council, explains.

“In the past there’s been no way for the property owner to recoup the money.”

But technology start-up Matter is hoping to change that by providing a simple way for landlords to do just that.

The new technology, called Digital Solar, allows property owners to monitor the solar energy being produced as well as their tenants’ energy consumption.

Homeowners can calculate how much energy their solar panels have produced. Photo: Photo: Matter.

Once an agreement is in place, the program then allows the owner to charge the tenant for the power they have consumed.

Tenants are also able to log in and view the dashboard to check on their real-time power usage as well as money saved from using solar power over traditional utility services.

Matter estimates that by using solar energy, tenants are likely to save 20 per cent of their normal energy bill.

Simon Barnes, the co-founder of Matter, says his company wanted to solve the problem that was preventing hundreds of millions of renters around the world from benefiting from cheaper, clean power.

“The service is low-cost and online, which means that property investors can automatically charge their tenants for solar energy at a rate that is lower than the tenant’s electricity provider and easily collect this additional income, wherever they are in the world,” Barnes says.

Barnes says that just as we’ve seen new players emerge in the transport and accommodation industries, it is clear that it is no longer necessary to own an asset in order to create value.

Gladman says that while the metering technology is not new, the innovation is the packaging together of all the information and billing capabilities for the landlord to access.

“It’s breaking down barriers,” he says.

The business case is there. It saves money for tenants and is a good investment for the landlord.”